I finished reading Paula McLain’s new novel called Love and Ruin: A Novel.It’s the story of Martha Gellhorn, Hemingway’s third wife, and begins in 1937 when she is struggling to become a war journalist – which for a woman in those days was a formidable challenge – and her meeting fortuitously or unfortunately depending upon how you look at it with Ernest Hemingway.

I enjoyed it, and to tell you the truth, I wasn’t expecting to enjoy it as much as I did. For starters, I know too much about all of this. Second, I didn’t love The Paris Wife.

Love and Ruinfocused a great deal on the Spanish Civil War and that may become tedious for some readers. However, it truly was extraordinary that Martha Gellhorn was able to cover those sorts of stories. I didn’t feel that Paula McLain portrayed Hemingway as a villain. Since the book stopped at the end of the marriage to Hemingway while giving a wrap up, I will let all of you read more about Martha and come to your own conclusions about her. She was an extraordinary woman and while Hemingway definitely wanted her in his life more as a wife than as an independent journalist, the association was definitely beneficial to her.

I very much enjoyed the portions of the book about Martha’s discovery of the Finca Vigía, Hemingway’s Cuban home, and her efforts to restore it. It must have been hard for her to leave when they divorced and to know it was taken over by Mary Welsh, her successor and Hemingway’s fourth wife. I also admired (and have read this many other times) Martha’s relationship with Hemingway’s sons. It was very good. She was kind, generous, and caring toward the boys.

(That being said, she knew very well that Hemingway was married to Pauline when they began their affair but could not resist his magnetism and of course he knew he was still very much married with children.)

In reading some of the reviews on Amazon, it seems well received. I have to note that many people just don’t like Hemingway. I think that there is so much written about him but I hardly read anywhere that he had a good sense of humor, or that he was driven and a hard worker, or that he loved his first wife to the end even though he knew he’d been a poor husband, or that he loved his animals and was kind and generous to veterans, his staff, charities. Perhaps it is easier to focus on his bad points, which again are not hard to find. His drinking, his insecurities, his desire to dominate are not pretty.

I do recommend it however as it’s good easy reading, interesting, and adds dimension and texture to Martha’s legacy. 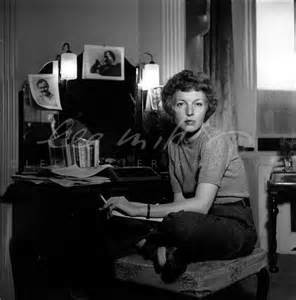