Happy New Year all readers of Hemingway!  Hope you had a great holiday season! 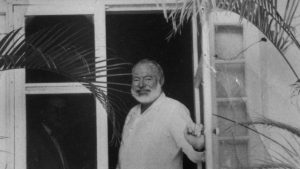 I just listened with interest (via audio disc) to the new book about Hemingway’s involvement in soviet politics and communist causes. The book is called Writer, Sailor, Soldier, Spy by Nicholas Reynolds. I’m very familiar with Hemingway’s left-leanings, although my reading suggests not so much left-leaning as anti-fascist leanings. Even by those that would like to argue that he was very involved in communist causes, there is acknowledgement that his greatest leaning was the belief in the individual, which he felt fascism and communism both suppressed. 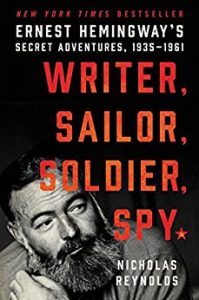 Reynolds traces the roots of his advocacy to the Key West hurricane of 1934 in which numerous veterans working for the New Deal were killed and left to decay on the beaches. Hemingway blamed the government for indifference. Generally he was on the side of the underdog. In the Spanish Civil War, it was evident that he was more anti-fascist than pro-communist. Still he was actively involved in the movie The Spanish Earth, a film advocating for the anti-Franco rebels, and did most of the narration. He also wrote the play The Fifth Column about that war. 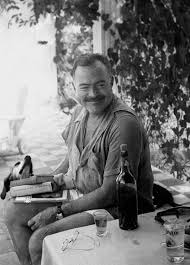 During his involvement in the Spanish Civil War and his frequent trips to Spain in the late 30s to cover the war and write about the war, it was clear to me that, unlike some journalists and sympathizers with the Republicans (the left side if we have to put labels on it, those against Franco), he was one of the few who was not just an observer but was willing to put his money and his life where his mouth was.

He provided the funding for the completion of The Spanish Earth when money ran out. There also was an interesting anecdote about Hemingway being in Spain with another journalist when the car in front of them was attacked and rolled over, its inhabitants gravely wounded, Hemingway jumped out of his vehicle and immediately was providing emergency medical aid and doing anything he could to assist. (He was an ambulance driver in World War I so did know some techniques. His father also was a doctor and he had some exposure to medical procedures during his youth).

ME: FYI. The Spanish Earth is available for viewing on YOUTUBE. About an hour long. Hemingway in NYC introduced it in a showing to raise money for the Republican cause.

The other journalist just continued taking notes and not lending a hand. Hemingway yelled at him to pitch in or he, Hemingway, would kill him. Numerous times when Hemingway could have been sitting comfortably in Key West or in Cuba, he put himself in dangerous situations. He was a person who believed the individual could make a difference in general, and that included him. He was fairly apolitical, but, that being said, he did take a stance against Hitler and the fascists and was really upset, as was his wife to be, Martha Gellhorn, a journalist in her own right, with the British and the French for not coming to the assistance of the Spanish Republicans. 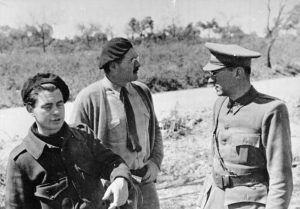 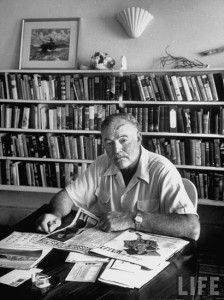