Happy Holidays to all!  Merry Christmas and Happy New Year!

I live in CT so dreaming of warm locales comes naturally at this time of year.  In case you are thinking of a Southern trip, may I suggest considering one of our territories (Puerto Rico if available and utilities restored by the time of your trip, the U.S. Virgin Islands, any of the beleaguered Caribbeans which rely on tourism to survive) including in particular our own Key West.

I thought for this post I would highlight the value of a trip to Hemingway’s house in Key West. I just randomly copied the most recent reviews on Trip Advisor, posted below. Hemingway bought the place on Whitehead Street – well actually his wife Pauline’s Uncle put up the money to buy the place – after Hem left his first wife, Hadley, and

married his second wife, Pauline Pfeiffer. Pauline hailed from a wealthy St. Louis family, which made money in pharmaceuticals and her Uncle Gus was very generous to his family. Hemingway lived there from approximately 1930 to 1940, when he left Pauline for Martha Gellhorn and bought the place in Cuba.

It was on the advice of John Dos Passos, a fellow member of the “Lost Generation” of ex patriate artists and writers populating Paris during the 1920s, that Hemingway was first prompted to visit Key West.  They were delayed in their journey due to car trouble.

He and Pauline rented a home for a few weeks waiting for the car and it was there that Hemingway continued his Paris habits of writing during the early mornings hoping to finish the war novel he’d begun. He then would explore his surroundings in the afternoons. The Hemingways spent three weeks waiting for their car, and it was during this very brief three-week interlude that Ernest finished the partially autobiographical novel about the First World War, “A Farewell To Arms.”

Both Ernest and Pauline grew to love Key West and its inhabitants, and soon decided to look for a permanent residence. After two seasons in Key West, Pauline’s Uncle Gus purchased the house on Whitehead Street for them in 1931.

The home was in great disrepair when the Hemingways took ownership (as was the Cuban home when Hemingway bought it), but both Ernest and Pauline could see beyond the rubble and ruin, and appreciated the grand architecture and stateliness of the home. The massive restoration and remodeling they undertook in the early 1930’s turned the home into the National Historical Landmark that thousands of tourists visit and enjoy today.

A unique and extraordinary feature of the grounds is the pool, built in 1937-38, at the staggering cost for the time of $20,000. It was the first in-ground pool in Key West, and the only pool within 100 miles. The exhorbitant construction costs once prompted Hemingway to take a penny from his pocket, press it into the wet cement of the surrounding patio, and announce jokingly, “Here, take the last penny I’ve got!” Tourists are invited to look for the penny, still embedded between flagstones at the north end of the pool.

It’s a more elegant place than the place in Cuba, had much more Pauline in it than her husband. It had some funny quirks though. There also is a urinal there that Hemingway salvaged from a bar that was being taken down and he had a sentimental attachment to the number of times he’d used it. I believe it is now used to house plants.

Anyway, if you’re in that vicinity it’s well worth a look. Best and happy holiday season, Christine 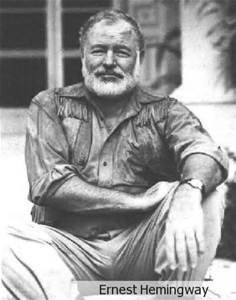 the house is a tribute to the late author, whose exploits during his life are legendary. The tour guides shared several interesting stories about Hemingway and his various wives/mistresses. The cats were adorable (and I’m not a cat person). Plenty of interesting photos and examples…More

Fun time, great tour guide. Not a huge Hemingway fan but would recommend a visit to all. Cats are very aloof.

The Ernest Hemingway tour is a must for anyone visiting Key West! Whether you have read all of his books or none, it really doesn’t matter. The history of his house and life unfold eloquently and in a fun manner by the tour guides. They make this tour what it is, in my opinion by bringing the homes history and Hemingway’s history to life. And it is nice that you can manage the walking tour in under an hour, which leaves time to walk about the Hemingway grounds if you would like. Actual descendants of Hemingway’s cats are on premises! It was a fun and informative tour that I feel is a must visiting Key West!