The below is from a recent article about Lillian Ross who wrote an iconic interview of Hemingway. I quote just a bit but reprint my blog post on this topic. Thank you as always for your interest in Hemingway. Love, Christine

“Lillian Ross, who recently died at the age of 99, was one of the most remarkable writers of her time. She wrote for The New Yorker for half a dozen decades and redefined magazine journalism while providing fresh, vivid accounts of reality. She was never seen writing a note. The critic Edmund Wilson called her “the girl with the built-in tape-recorder.”

Her clever handling of quotations was not always admired. She first aroused intense criticism with her profile of Ernest Hemingway, published in The New Yorker in 1950. Hemingway loved to talk about himself, especially when drinking, and he particularly liked comparing himself to champion athletes. When Ross interviewed him, he had just turned 50.

Many believed that she had depicted the leading American novelist of the day as a drunken blowhard. Hemingway didn’t think so. He liked the article and years later even provided a jacket blurb for a book by Ross.” 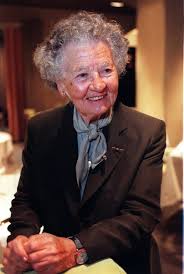 Read my blog post on this from a while ago. So sorry for Ms. Ross’ passing as she was a fine journalist, but Hemingway, from my reading, was not thrilled with the article she wrote. He accepted that it was what it was, the dye was cast, and maintained a friendship with her. My post is below.

The above is a link to the Lillian Ross interview with Hemingway, a sad betrayal of his kindness and friendship to a young writer. My thoughts on this below.

Here’s where my objectivity stops. As I noted in my opening post five years ago, while I try to be objective about Hemingway and his flaws, which were many, I’m on his side. I’m not neutral. Lillian Ross’ article made him look like a self-involved jerk, almost ignorant. He thought she was his friend.

If you look at the cover, could Lillian have picked a less attractive, less compelling photo? (See below right). In a reissue, there’s a nice photo of Hemingway and Lillian on the front, but I believe the original shows a Hemingway looking out of it and bizarre. If I’m wrong on this, someone out there probably knows, so please correct me. 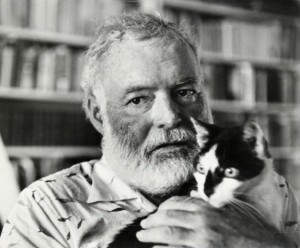 2 thoughts on “Lillian Ross: Friend or Foe of Hemingway”