Real aficionados will find this so easy but casual readers . . .  not so much. Answers below!

3)        What was Hemingway’s nickname for the Nobel Prize for Literature?  THE IGNOBLE PRIZE

4)        What animals populated his Cuban home?  CATS and Dogs and chickens

8)        Which book was Hemingway’s memoir and love story to the city of Paris? A MOVEABLE FEAST

11)    Where do Hemingway’s original papers and most of his memorabilia reside? THE KENNEDY LIBRARY

12)    To whom did Hemingway say “Never mistake movement for action.” MARLENE DIETRICH

13)    Who was Hemingway’s closest Hollywood friend, starred in one of his movies, and who “made it to the barn” (their slang for ‘died’) before Hem, much to Hemingway’s grief.  GARY COOPER

14)    Who said that Hemingway needs a new woman for each new book?  F. SCOTT FITZGERALD and Faulkner said something similar: that Hemingway seemed to feel he had to marry every woman he fell in love with. 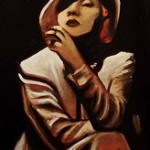