Forget your personal tragedy. We are all bitched from the start and you especially have to be hurt like hell before you can write seriously. But when you get the damned hurt, use it-don’t cheat with it.   Ernest Hemingway 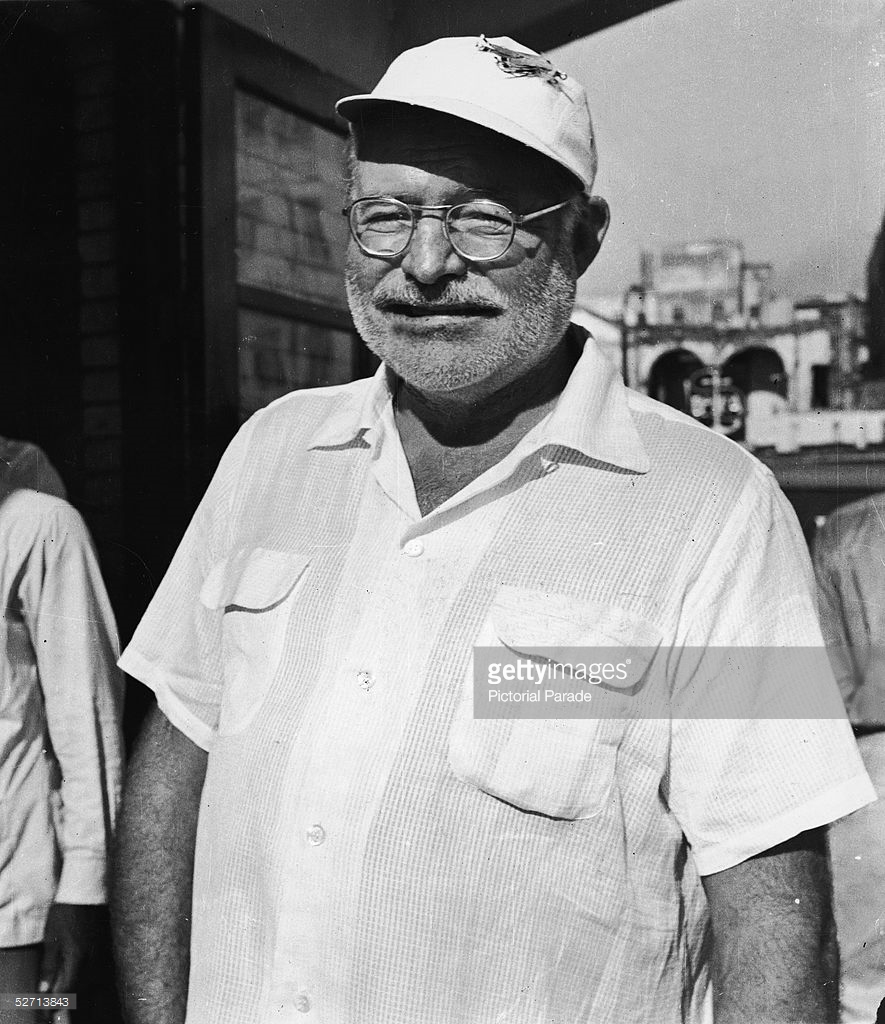 Is it just me or are we seeing Hemingway everywhere? And don’t you have to “recede” to make a comeback?

In the movies: Hemingway and Gellhorn

In books:  The Paris Wife, Mrs. Hemingway, Love in Ruins

In the news: Alternate endings to A Farewell to Arms

The Cats in Key West

His Great Grand-daughter who is modeling

But is anyone reading him?  Is his image yet again over-shadowing his writing?

Ebert went on to talk about a professor and his last legacy:

I’ve written before about the mentor of my undergraduate years, Daniel Curley, he of the corduroy pants, Sears boots and rucksack. In English 101 he assigned us Dostoyevsky, Flaubert, Fitzgerald, Faulkner, James, Forster, Cather, Wharton, Joyce, Hemingway. I still read all of them. In 1960, he told us, ‘What will last of Hemingway’s work are the short stories and The Sun Also Rises.’Half a century later, I would say he was correct.

I have to disagree.  I think that For Whom the Bell Tolls is his masterpiece; I think The Dangerous Summer remains an amazing memoir of a summer following the bullfight circuit–and I hate bullfighting ; and while not his best writing (and I have a peeve about critiquing writers who are published posthumously when by definition, the writer DID NOT intend the book for consumption in its abandoned form), A Moveable Feast is fun, fascinating, and interesting. Is The Snows of Kilimanjaro counted as a short story?  I’m not sure but it stands the test of time for impact and weight.

I am sorry if no one is reading Hemingway anymore because he is the source and core of much of the writing at the end of the twentieth Century. I have seen his work rise, fall a bit, and rise again. I have no doubt that as fashions change in writing, selected Hemingway will always be read for its impact, its game-changing style, its vigor. 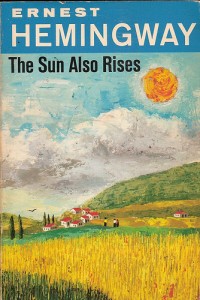 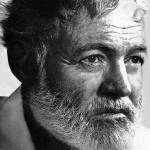 Hello Hemingway readers and fans!  Every four months, I post my opening post for those just joining in. For those who stop in regularly, I sincerely and truly thank you for reading and for being interested in Hemingway 55 years after his death and 117 years after his birth. So here is my opening post to acclimate you to what will be happening here.

Love and thank you, Christine

There is nothing to writing. All you do is sit down at a typewriter and bleed.”
― Ernest Hemingway

What Will Be Happening Here?

And what would Papa say about a blog?  Hmm, well, if I wanted to pull a page from Woody Allen, I’d say that he’d say: No subject is terrible if the story is true, if the prose is clean and honest, and if it affirms courage and grace under pressure. He was a journalist first and foremost and he kept up with the times so I think he’d be amused.

So what qualifies me to write this blog?  Not too much that’s going to impress you. All I can say is that I love him, just as he was, flawed and fabulous, mean-spirited bully and most gracious of men, driven wordsmith and drunken raconteur, bigot and egalitarian, all of it.  I’m no scholar. I’ll leave that to Timeless Hemingway, www.timelesshemingway.com, which does a superb job and is an unparalleled resource. However, I’ve read them all many times: the books, the short stories, the analyses, the biographies, the women, even the Hemingway cookbook which I actually cook from (the trout is delicious). I’m just an obsessed fan, uncluttered by the need to be neutral.  I hope to learn from you too.

Of course, none of my friends “get” it and think Hemingway was that guy who wrote in short sentences and wanted to fight with everyone and run with the bulls.  They are partially right and mostly wrong.  But hey, you can’t throw away old friends just because they don’t really read or have an informed opinion about Hemingway–or can you?

These posts will be short and fun (I hope). I try to post at least every two weeks. I hope it’s enjoyable for Hemingway people as well as for casual observers. I’ve looked at the other blogs about Hemingway. Most are terrific but there still is room for a lighter take and for the unending discussion about why we continue to read him fifty-four years after his death. And if you have to ask . . .

Check me out when you have a chance. It’s going to be one hell of a ride.