A hotel chain wants to have Hemingway themed hotels focusing on adventure and lust for life, I guess. The Hemingway Estate is working with them in this endeavor. Not sure what I think of this at the moment. ET TU?

If you are lucky enough to have lived in Paris as a young man, then wherever you go for the rest of your life, it stays with you, for Paris is a moveable feast. Ernest Hemingway

It’s the beginning of a very rugged winter—or so it seems—in Connecticut. Yesterday the winds were grueling and temps were in the twenties.  I’m writing this in November as I have a busy December and a trial in January so things will be even worse here by the time this is printed.. 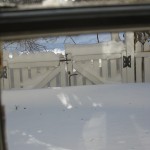 I’m sustaining myself by planning my springtime trip to Paris.  I’ve never been to Paris unless you count passing through it one day in college.  On that trip I stayed outside of the city of Paris in a little town called Meaux.  I don’t know if I was particularly hungry but the restaurant in the small hotel that I stayed in was one of the best I’d ever had. I’ve always carried that fond memory of France with me.

For my June trip, I’ve rented an apartment for eight days. It’s located in the  Marais district on a quiet street.  I’ve heard that the Marais is quaint, has lots of boutiques and restaurants, and encompasses both the gay district and the Jewish district, an interesting juxtaposition.

I’ve looked on the internet and found suggested Hemingway walks and tours.  I’m sure that many of Hemingway’s places are no longer there but I can imagine.  I’ll check out Shakespeare and Company, Montparnasse, the old home of Gertrude Stein and Alice B. Toklas, the apartment where Hemingway and Hadley lived and the separate place where Hemingway rented a room to write.  I know that we all romanticize Paris of that era and it doesn’t exist anymore except with the help of Woody Allen’s admirable efforts to revive it in Midnight In Paris. However, I’m still looking forward to the trip.

I’ve heard that Paris is the most magical city in the world. I’ve also heard that it’s just one more big, dirty city.  I want to decide for myself.

If anyone has great ideas about places I should go or must see places that are Hemingway-related or just great places, please do let me know.

I’ve already booked dinner at a place that is featured in my new book.  It’s a restaurant called Dans Le Noir where dinner is served completely in the dark.  I’m told that it is really completely dark.  The waiters and waitresses are blind and it’s supposed to be an amazing experience of your senses.  In my new book, I’ve renamed it En La Obscuridad and made it a Spanish restaurant in New York City.  A dramatic scene takes place there so I must try the original.  As I’m clumsy anyway, this should be good: eating in the dark.

Anyway, let me know your thoughts on “must see” and “must do” events in Paris.

And what would Papa say about a blog?  Hmm, well, if I wanted to pull a page from Woody Allen, I’d say that he’d say: No subject is terrible if the story is true, if the prose is clean and honest, and if it affirms courage and grace under pressure. He was a journalist first and foremost and he kept up with the times so I think he’d be amused.

So what qualifies me to write this blog?  Not too much that’s going to impress you. All I can say is that I love him, just as he was, flawed and fabulous, mean-spirited bully and most gracious of men, driven wordsmith and drunken raconteur, bigot and egalitarian, all of it.  I’m no scholar. I’ll leave that to Timeless Hemingway, www.timelesshemingway.com, which does a superb job and is an unparalleled resource. However, I’ve read them all many times: the books, the short stories, the analyses, the biographies, the women, even the Hemingway cookbook which I actually cook from (the trout is delicious). I’m just an obsessed fan, uncluttered by the need to be neutral.  I hope to learn from you too.

Of course, none of my friends “get” it and think Hemingway was that guy who wrote in short sentences and wanted to fight with everyone and run with the bulls.  They are partially right and mostly wrong.  But hey, you can’t throw away old friends just because they don’t really read or have an informed opinion about Hemingway–or can you?

These posts will be short and fun (I hope) and will be up every Friday by midnight. I hope it’s enjoyable for Hemingway people as well as for casual observers. I’ve looked at the other blogs about Hemingway. Most are terrific but there still is room for a lighter take and for the unending discussion about why we continue to read him fifty years after his death. And if you have to ask . . .

Check me out when you have a chance. It’s going to be one hell of a ride.

I went to my writer’s pitch conference with my new Hemingway-themed book and honestly, the reception was good.  As is to be expected, suggestions were made but the feedback was positive.  Two editors and an agent asked to see the first 50 pages.  I’m in the process of doing final edits.  My instincts were to send immediately before they forgot me.  However, we were warned not to rush right out to send what we have before we know it’s as perfect as we can make it.

Dealing with the business end of writing led me to think more about whether the Hemingway market was saturated. The Paris Wife came out in November 2012. Midnight In Paris, which had a prominent Hemingway character, came out in 2011. Mrs. Hemingway just came out in 2014.  A movie about Hemingway and the captain of his boat The Pilar is due to come out next year.  It’s called Hemingway and Fuentes and as I recall Andy Garcia is creating and funding the movie in part.  A movie about Maxwell Perkins, (called Genius) Hemingway’s editor at Scriber’s, and his tempestuous relationship with Tom Wolfe (Michael Fassbender) is in the works with Colin Firth as Maxwell Perkins (this is to be released 2015).  Although Hemingway and Fitzgerald, prominent Maxwell Perkins’ clients, are not the main focus, I’m sure that they will be mentioned honorably—or dishonorably—but they will be mentioned.

I had determined to write this book whether or not the market was saturated because I was fascinated by the concept and began writing it, and I finished.  However, I have concluded albeit self-servingly, that the market is far from saturated particularly if you have a fresh angle.  Hemingway as a personality—perhaps even more than as an author—intrigues.  Whether it’s his drinking, his war exploits or inflated war exploits, his books, his women, his survival of two back-to-back plane crashes, his drunken rants, his dignity, his generosity, his self-destructive behavior—all of it resonates, at least in part, for everyone.

So I’ll continue working on my book.  I’ll post a first chapter on my personal website in the next several months: www.christinewhitehead.com.  I will let all readers on this site know when I’ve done that. I’ve leapfrogged this book (The Hemingway book) over my second book because I feel it has more potential.  But who knows?  So, stay posted and I’ll let you know what happens with my Hemingway book as it journeys toward publication.

Apparently a new movie is being made about Hem and Gregory Fuentes, who is the model in part of the fisherman in the Old Man and the Sea.

Anthony Hopkins was to play Hem.  Jon Voight has replaced him.  Should be interesting.

Filming starts this summer in the Dominican Republic

hint: there is no sea. Check it out

The Chicago Historical  Museum is having a competition for the theme of its next exhibits.  One of the four finalists is Chicago area authors.  Others are Chicago’s neighborhoods, prohibition, and architecture. All are worthy topics but the author theme includes Hemingway who grew up in a suburb of Chicago, Oak Park.

Aside from being thankful for Hemingway, I wish all a great holiday. The above link is really clever: Literary posters with quotes. Hemingway’s is: WRITE DRUNK. EDIT SOBER.  (He actually did not write when drunk, or at least not often.)