IDAHO FALLS – The news of Ernest Hemingway’s death came as a shock to the world when it was announced on a Sunday morning in the summer 61 years ago.

In a conversation with EastIdahoNews.com, Mark Cirino, the host of a podcast and author of multiple books about the 20th-century writer, explains what occurred in the final moments of Hemingway’s life.

“The night before the suicide, he and his wife had a night together where Hemingway serenaded her with an old Italian folk song. They danced a little bit, went to bed, and the next morning, Hemingway killed himself,” Cirino says.

Hemingway had purchased the 14-acre Ketchum property two years prior to his death, but his time spent in the Gem State began two decades before that. 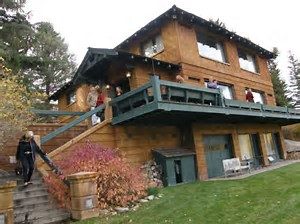 Hemingway was an avid hunter, fisherman and outdoorsman, which is one reason Cirino says he was so fond of the state. Hemingway had spent a lot of time in Paris as a young man and his introduction to Idaho happened through a friend.

“His friend in Paris was Ezra Pound (the famous poet and critic), who’s from Hailey, Idaho,” Cirino explains. “In 1939 when they were trying to build up Sun Valley as a commercial resort, (city officials) proposed to Hemingway that he stay there for free. He could hunt … write and be on his own. The only thing he would need to do is lend his name to the facility. That arrangement worked out for Hemingway.”

Hemingway had completed 12 chapters of “For Whom the Bell Tolls” during his first visit to Sun Valley. Cirino says he ended up finishing it in room 206 of the Sun Valley Lodge, now known as the Hemingway Suite. There’s even a reference to Sun Valley in the book.

“There’s a moment in chapter 13 where Robert Jordan, the hero of (the book), is thinking about when the Spanish Civil War is over and how life would be with his girlfriend. He says, ‘Maybe we’ll be Mr. and Mrs. Robert Jordan from Sun Valley, Idaho,’” says Cirino.

Many of the places Hemingway visited became settings for his novels. One example is his depiction of the bullfights in Pamplona, Spain in “The Sun Also Rises.”

“To this day, people from all over the world make pilgrimages (there),” Cirino says.

But Sun Valley was different. He never used it as a location for any of his books likely because he viewed the area as a place of refuge. Cirino says Hemingway was aware of the reach his stories had and he didn’t want the masses to discover his private paradise.

Hemingway notoriously had property in Cuba and in 1959, he became frustrated with living there, according to Lithub.com. That’s when he and his wife, Mary, decided to buy a 2,500-square-foot home in Ketchum.

Hemingway was an alcoholic, which contributed to his depression and state of mental deterioration he’d been experiencing for many years prior. By the time he moved to Idaho, he began to rapidly decline.

“Hemingway would often drive through Idaho feeling paranoid like he was being watched,” Cirino says. “He was having depressive episodes, almost schizophrenic episodes.”

Upon his death in 1961, Hemingway was laid to rest at the Ketchum Cemetery. Details about the late author’s official diagnosis remain somewhat of a mystery all these years later.

During our conversation, Cirino mentioned a neurosurgeon he spoke with on his podcast several years ago who believes Hemingway had Chronic Traumatic Encephalopathy, a type of concussion boxers and football players sometimes get.

“Hemingway was not only wounded in World War I, but he had a history of accidents with a string of concussions. He would pull a skylight down onto his head or fall on his boat and crack his head open. He had a couple of car accidents. He had two plane crashes in 1954, so … he might’ve had this type of condition,” Cirino explains.

Regardless of Hemingway’s condition, Cirino says Hemingway’s widow was protective of her husband’s legacy and went to great lengths to preserve his dignity, especially during the last few months of his life.

When she passed away in 1986, VisitSunValley.com reports she bequeathed the 14-acre property to The Nature Conservancy. The private residence has been managed by the Ketchum Community Library since 2017.

Referencing the legacy Ernest Hemingway left behind, Cirino says the esteemed author “influenced a generation of writers after him and created such a seismic effect on the English language.”

“People can read a Hemingway novel or short stories and learn about Hemingway’s time but also learn about their own psychology, emotion and consciousness,” he says. “Hemingway was one of the real turning points in literature in the early part of the 20th century.”

Hemingway also seems to have passed on his love of Idaho and the outdoors to his children. His son, Jack, who died in 2000, served as the Idaho Fish and Game Commissioner from 1971-1977 at the request of Gov. Cecil Andrus.

Listen to Cirino’s podcast here. His latest book will be released in July.

4 thoughts on “Good Read. There is much negative to be said about Hemingway but also a lot of good. Best to all, Christine”