So! What say you? Are these the 100 Greatest Novels ever? There can only be one per author (Explaining why there is only one Hemingway novel on the list!) These are not in any order of greatness but are merely alphabetical. So here you go. PBS has put this together so read Jay Oliver’s article. Interesting! 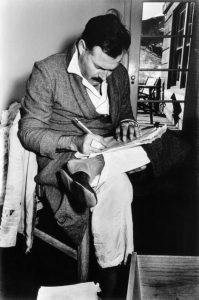 Using the public opinion polling service “YouGov,” PBS and its producers conducted a demographically and statistically representative survey asking around 7,200 Americans to name their most-loved title, according to the web page.  PBS said tallied results were organized by an advisory panel of 13 literary professionals.

Criteria allowed for works of fiction from all over the world, as long as the novels were published in English. They allowed only one title per author.

Reporters and editors in the Yakima Herald-Republic’s newsroom were given copies of the list to find out which titles were the most popular — and to see who’s read the most from their newsroom staff.

The most widely read title by newsroom respondents is Harper Lee’s “To Kill a Mockingbird.”

Two books tied as the second most-read — “The Adventures of Tom Sawyer,” by Mark Twain and E.B. White’s “Charlotte’s Web” — while George Orwell’s “1984” was the third most widely read in the newsroom.

John Steinbeck’s “The Grapes of Wrath” and “Great Expectations” by Charles Dickens tied with C.S. Lewis’ “The Chronicles of Narnia” series as the fourth most read titles.

Rounding out the top five was F. Scott Fitzgerald’s “The Great Gatsby,” which was read by as many folks as two other series — J.R.R. Tolkein’s “The Lord of the Rings” and “Harry Potter” from J.K. Rowling.

Here’s the List (alphabetical not by greatest of the great.)

1984 by George Orwell
A Confederacy of Dunces by John Kennedy Toole
A Prayer for Owen Meany by John Irving
A Separate Peace by John Knowles
A Tree Grows in Brooklyn by Betty Smith
The Adventures of Tom Sawyer by Mark Twain
The Alchemist by Paulo Coelho
Alex Cross Mysteries (series) by James Patterson
Alice’s Adventures in Wonderland by Lewis Carroll
Americanah by Chimamanda Ngozi Adichie
And Then There Were None by Agatha Christie
Anne of Green Gables by Lucy Maud Montgomery
Another Country by James Baldwin
Atlas Shrugged by Ayn Rand
Beloved by Toni Morrison
Bless Me, Ultima by Rudolfo Anaya
The Book Thief by Markus Zusak
The Brief Wondrous Life of Oscar Wao by Junot Díaz
The Call of the Wild by Jack London
Catch-22 by Joseph Heller
The Catcher in the Rye by J.D. Salinger
Charlotte’s Web by E.B. White
The Chronicles of Narnia (series) by C.S. Lewis
The Clan of the Cave Bear by Jean M. Auel
The Coldest Winter Ever by Sister Souljah
The Color Purple by Alice Walker
The Count of Monte Cristo by Alexandre Dumas
Crime and Punishment by Fyodor Dostoyevsky
The Curious Incident of the Dog in the Night-time by Mark Haddon
The Da Vinci Code by Dan Brown
Don Quixote by Miguel de Cervantes
Doña Bárbara by Rómulo Gallegos
Dune by Frank Herbert
Fifty Shades of Grey (series) by E.L. James
Flowers in the Attic by V.C. Andrews
Foundation (series) by Isaac Asimov
Frankenstein by Mary Shelley
Games of Thrones (series) by George R.R. Martin
Ghost by Jason Reynolds
Gilead by Marilynne Robinson
The Giver by Lois Lowry
The Godfather by Mario Puzo
Gone Girl by Gillian Flynn
Gone With the Wind by Margaret Mitchell
The Grapes of Wrath by John Steinbeck
Great Expectations by Charles Dickens
The Great Gatsby by F. Scott Fitzgerald
Gulliver’s Travels by Jonathan Swift
The Handmaid’s Tale by Margaret Atwood
Harry Potter (series) by J.K. Rowling
Hatchet (series) by Gary Paulsen
Heart of Darkness by Joseph Conrad
The Help by Kathryn Stockett
The Hitchhiker’s Guide to the Galaxy by Douglas Adams
The Hunger Games (series) by Suzanne Collins
The Hunt for Red October by Tom Clancy
The Intuitionist by Colson Whitehead
Invisible Man by Ralph Ellison
Jane Eyre by Charlotte Brontë
The Joy Luck Club by Amy Tan
Jurassic Park by Michael Crichton
Left Behind (series) by Tim LaHaye and Jerry B. Jenkins
The Little Prince by Antoine de Saint-Exupéry
Little Women by Louisa May Alcott
Lonesome Dove by Larry McMurtry
Looking for Alaska by John Green
The Lord of the Rings (series) by J.R.R. Tolkien
The Lovely Bones by Alice Sebold
The Martian by Andy Weir
Memoirs of a Geisha by Arthur Golden
Mind Invaders by Dave Hunt
Moby Dick by Herman Melville
The Notebook by Nicholas Sparks
One Hundred Years of Solitude by Gabriel García Márquez
Outlander (series) by Diana Gabaldon
The Outsiders by S.E. Hinton
The Picture of Dorian Gray by Oscar Wilde
The Pilgrim’s Progress by John Bunyan
The Pillars of the Earth by Ken Follett
Pride and Prejudice by Jane Austen
Ready Player One by Ernest Cline
Rebecca by Daphne du Maurier
The Shack by William P. Young
Siddhartha by Hermann Hesse
The Sirens of Titan by Kurt Vonnegut
The Stand by Stephen King
The Sun Also Rises by Ernest Hemingway
Swan Song by Robert McCammon
Tales of the City (series) by Armistead Maupin
Their Eyes Were Watching God by Zora Neale Hurston
Things Fall Apart by Chinua Achebe
This Present Darkness by Frank E. Peretti
To Kill a Mockingbird by Harper Lee
Twilight Saga (series) by Stephenie Meyer
War and Peace by Leo Tolstoy
The Watchers by Dean Koontz
The Wheel of Time (series) by Robert Jordan
Where the Red Fern Grows by Wilson Rawls
White Teeth by Zadie Smith
Wuthering Heights by Emily Brontë

This is me: Hmm. Food for thought. I was at first shocked that For Whom the Bell Tolls  was not here but as noted, only one book per author permitted.  Happy Memorial Day to all!  C