Hemingway famously huffed: “Poor Faulkner. Does he really think big emotions come from big words? He thinks I don’t know the ten-dollar words. I know them all right. But there are older and simpler and better words, and those are the ones I use.”

Faulkner also apparently commented that Hemingway seemed to think he had to marry every woman he fell in love with.

Every other year the Center for Faulkner Studies at Southeast Missouri State University holds a conference that draws speakers from around the world.  The conference is of course focused on themes related to William Faulkner, but a second writer is included whose themes and style could be compared and contrasted to Faulkner’s own.

This year, the Center went with Ernest Hemingway.  Quoting the director of the Center, Dr. Christopher Rieger, “they’re probably the two greatest American novelists of all time, frankly – certainly of the 20th century.”

In order to select the invitees to the conference as speakers, the Center made proposals for twenty minute papers on any topic related to William Faulkner and/or Ernest Hemingway.  While many of the presentations are academic and talk about critical analysis of the works of the two authors, the Center also has encouraged events aimed at more general audience for those of us who simply enjoy the study of either Hemingway or Faulkner or both of them. 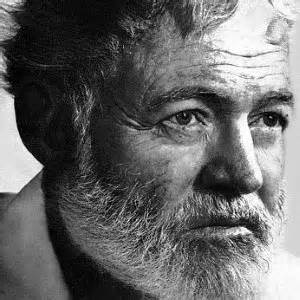